Zadnje vijesti
Blidinje BIKE Festival once again put Blidinje on...
EVENT ANNOUNCEMENT: Press conference – Presenntation of the...
We meet “Ljubuški Outdoor Festival”
Herzegovina on the largest europian platform for active...
ĆIRO CYCLING EVENT FROM MOSTAR TO ČAPLJINA
Bosnia and Herzegovina received the label #SafeTravel
Forum announcement: “Adriatic Outdoor Adventure”
INVITATION TO THE WORKSHOP “DEVELOPMENT OF BICYCLE TOURISM...
The city of Trebinje as the next tourist...
Herzegovina – the next largest cycling destination 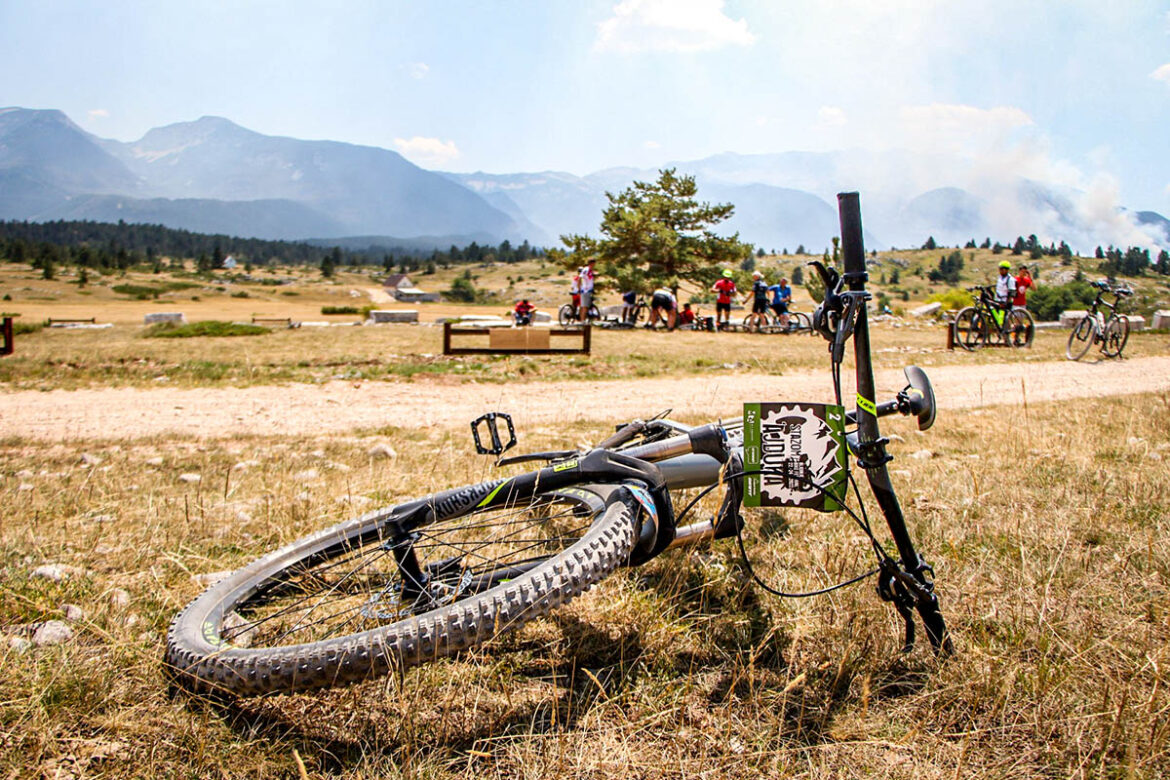 Three days of events, filled all week and over 600 participants and guests from the countries of the region, are just some of the numbers from the Blidinje BIKE Festival, that is, the festival of mountain biking and cycle tourism. The festival ended on Sunday with the spectacular victories of some of the best professional cyclists and the announcement of the winners, but Friday and Saturday also met the expectations of all present.

Blidinje is a well-known region in the large community of mountain bikers, especially after the Blidinje BIKE Festival event, which has been promoting and sending positive images of this Nature Park all over the world for 4 years in a row. The same thing is happening this year as global media once again promote and report from the festival; but of course the media are not alone, participants and visitors share news with millions of their followers on social networks. 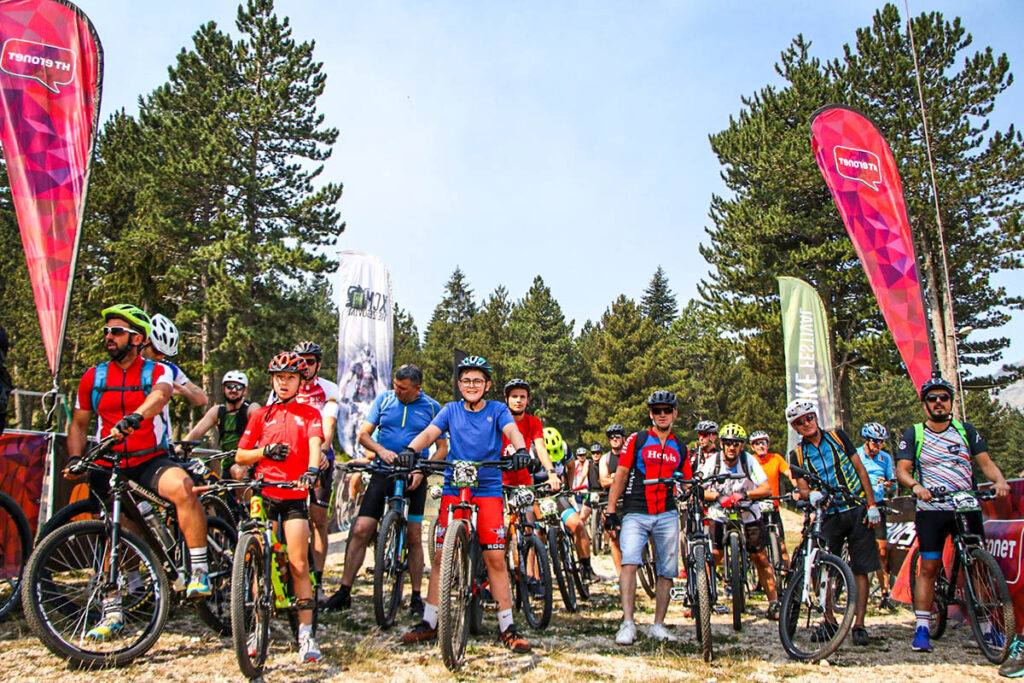 The festival ended on Sunday with the central event and the main race XCM Herzegovina, and Vedad Karić (big marathon), Karla Kustura (small marathon) and Ivan Soldo (small marathon) were the best in the race. The local drivers showed their experience on the tracks of Blidinje and their good knowledge of this area since they are participating in this event for the fourth year in a row. 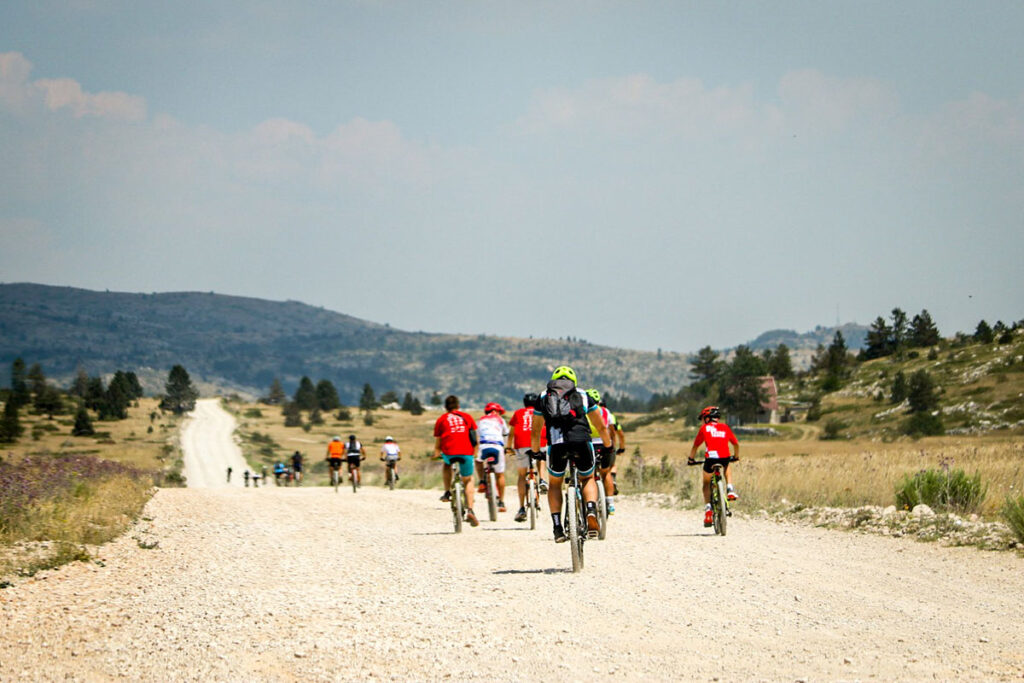 The Blidinje BIKE Festival event started already on Friday; 22.7. with the presentation of the project to all participants of the event, i.e. everything that the organizers have prepared for the weekend ahead. Traditionally, Saturday, as a day for recreationists, whole families and the youngest ages, brought very exciting events, such as the “Ajduka Trail” bike ride, which promoted the beautiful areas of the Blidinje Nature Park to all recreationists, but also a children’s race that brought a lot of excitement, plenty of happiness and laughter . For the youngest competitors, we have prepared a race on a 1 km circular track divided by age in a wonderful environment near the Staza restaurant in the center of the festival, where the youngest had the opportunity to enjoy the additional facilities offered by the BBF.

Fierce, daring, brave, daring, fearless, lion-hearted kids, with the proverbial loud and numerous support of the audience, won their first medals and dreamed of new sports successes here at the location of the Blidinje Nature Park. 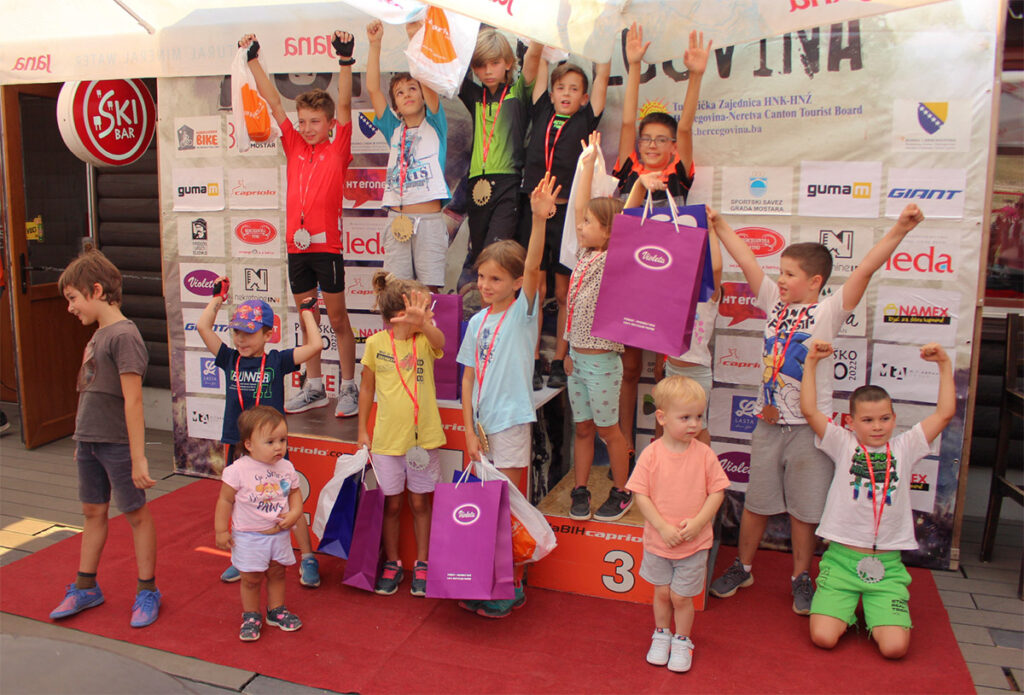 Sunday is the day that brings beautiful photos from professional cycling and sends them all over the world with the aim of promoting Blidinje, but also Bosnia and Herzegovina as an excellent destination for all athletes who enjoy competing in some of the top events that are organized further north in the Alps, since everyone’s comments participants were that Blidinje is a copy of this beautiful mountain system that stretches between Central and Southern Europe.

For the weekly event XCM Herzegovina, the organizers have prepared two tracks for all participants, namely the Big Marathon track with a length of 60 km and a short marathon track with a length of 30 km. That the trails were very exciting, with beautiful views of the natural beauty of Blidinje, but also exhausting, was confirmed by the comments of all the participants upon entering the finish area. 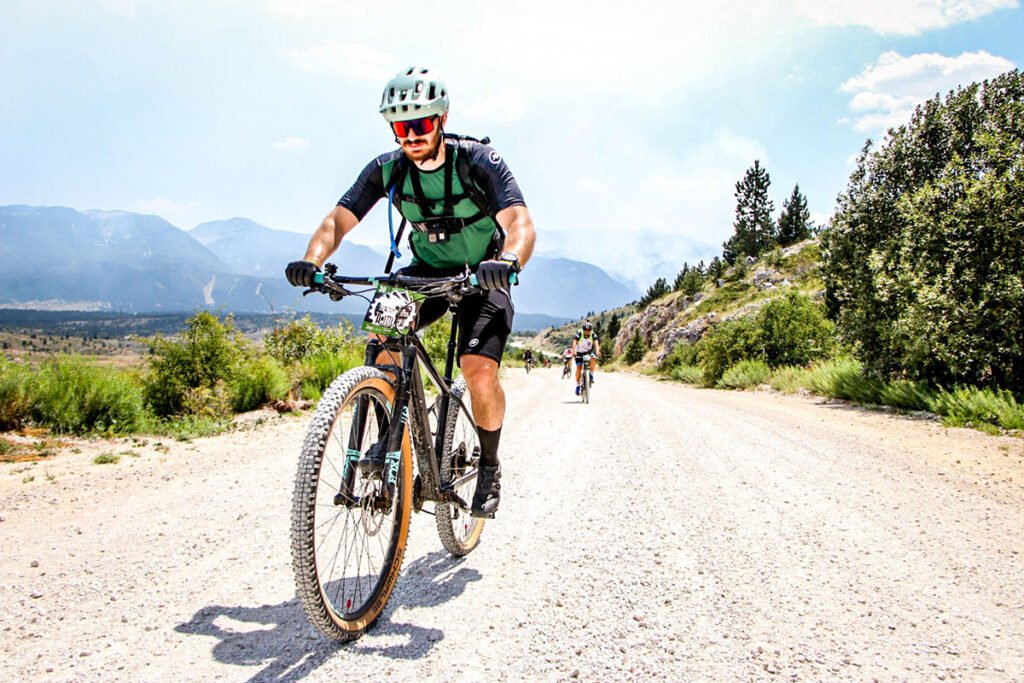 The XCM Herzegovina race was attended by more than a hundred professional cyclists who tested their strength on the tracks of Blidinje. Vedad Karić (BK Rotacija Spin) proved to be the best cyclist, defending his last year’s title as the winner, who completed the course of the big marathon in 2:22:47. Dražen Akrap (BK Tempo) from Vitez took second place on the podium, while Davor Krezić (BK Kairos) from Split finished in third place.

In the small marathon, Ivan Soldo (BK Široki) from Široki Brijeg shone, to whom training on his home ground, as well as a good knowledge of the track, brought him the highest place on the podium. Ivan finished the short marathon course in 1:14:17. The second place was taken by Filip Džido (BK Tempo), while the third went to Dominiko Šimić (BK Čapljina).

Among the ladies, young Karla Kustura (BK X Factory) from Travnik proved to be the best, winning the mini-marathon course with a time of 1:36:20. She is followed by Martina Čondra (BK Rotacija SPIN) from Vitez in second place and Suzana Kontić (BK Petar Svačić) from Drniš in third place. 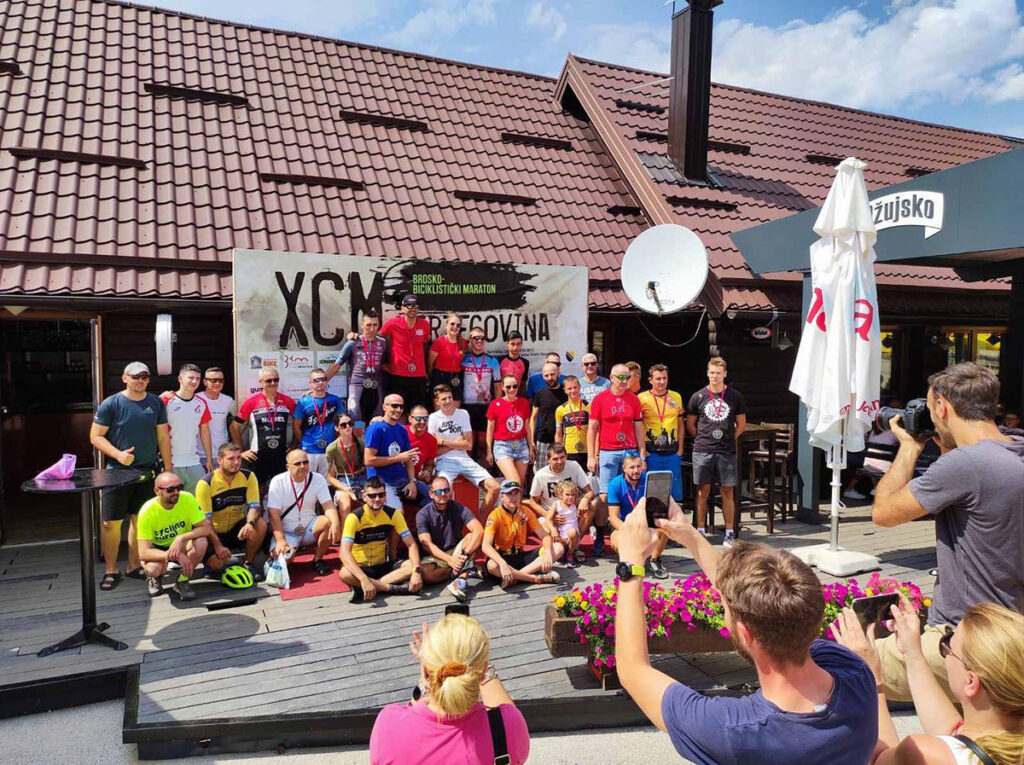 The fourth edition of the Blidinje BIKE Festival officially ended with the ceremony of announcing the winners and the awarding of prizes, which, according to the organizers and all those present, once again met all expectations. Unfortunately, during the event, large fires raged in Blidinje, which brought unpleasant scenes to all present, and we would like to say hello and thank all the good and brave people who are on the ground helping to put out the fire, from the fire services, GSS, mountaineers societies, all the way to volunteers who applied for help. You can follow the current situation in Blidinje on the social networks of the Visit Blidinje association, which is also a partner of the Blidinje BIKE Festival event. It is important to say that a part of the stewards of the Blidinje BIKE Festival, after the end of the event, signed up to volunteer and help prevent fires. 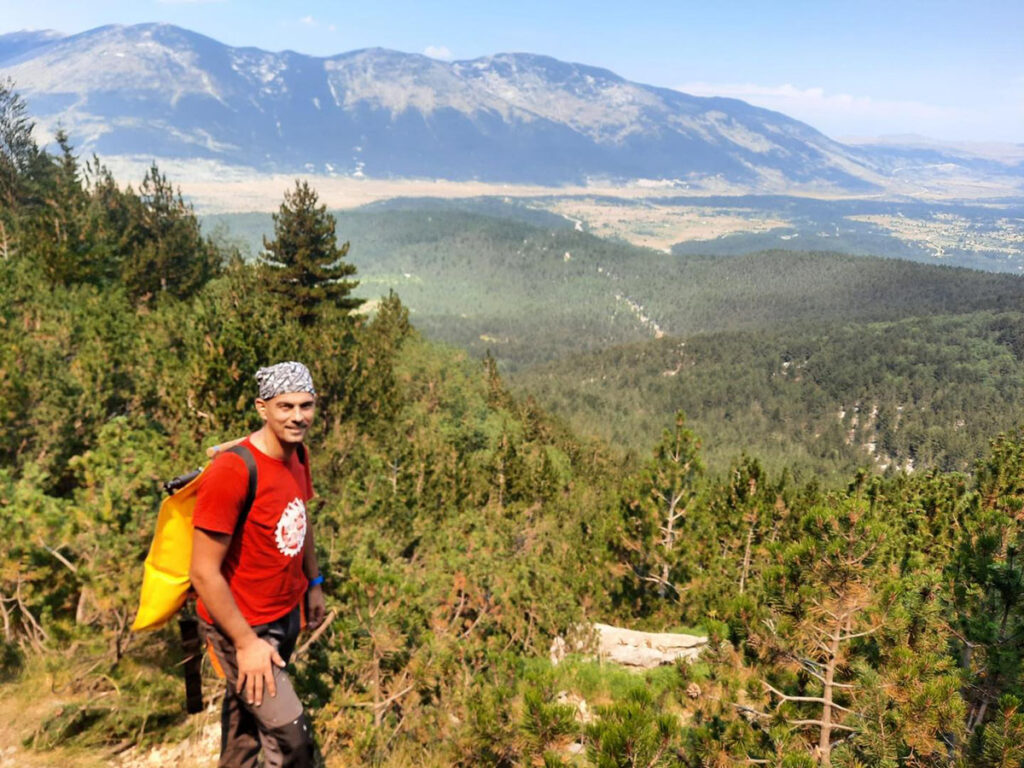 On this occasion, the organizers would like to once again thank all sponsors and friends of the event who help promote Blidinje, as well as Bosnia and Herzegovina:

The city of Trebinje as the next tourist...