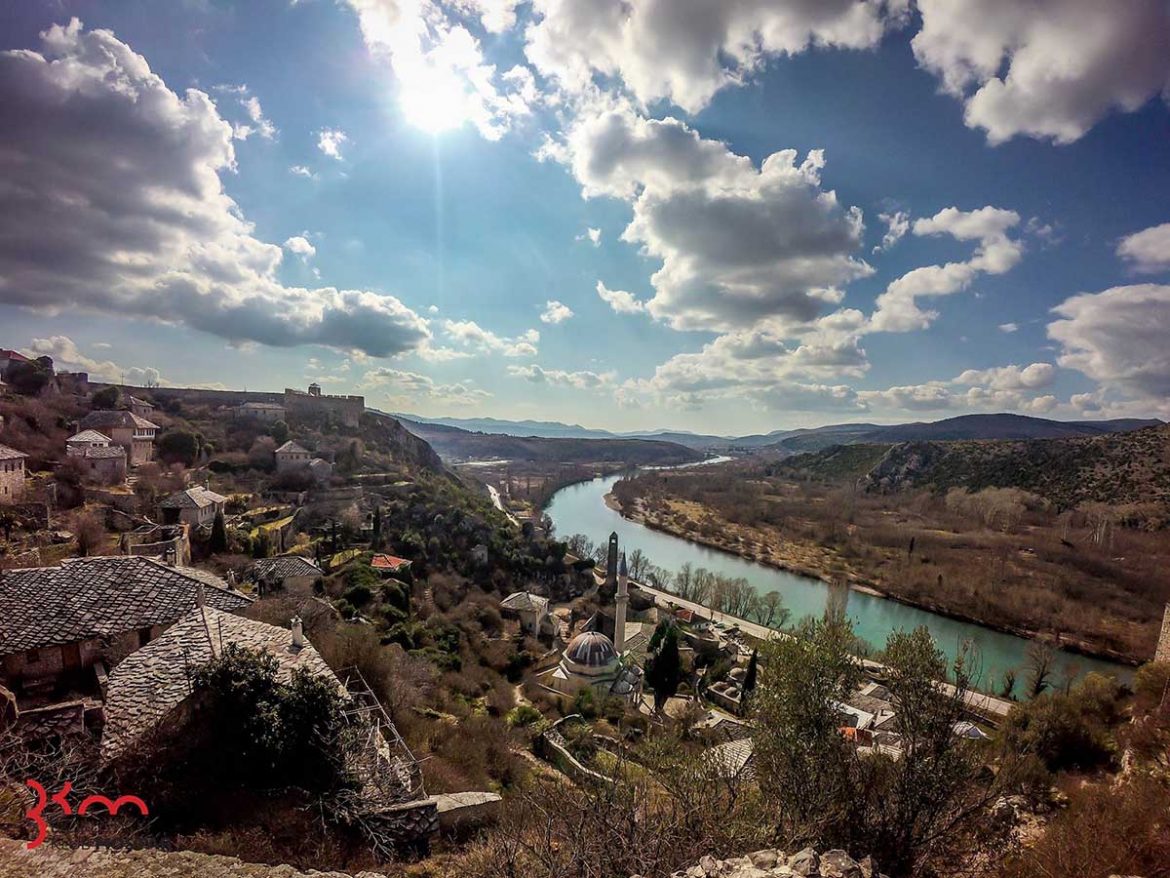 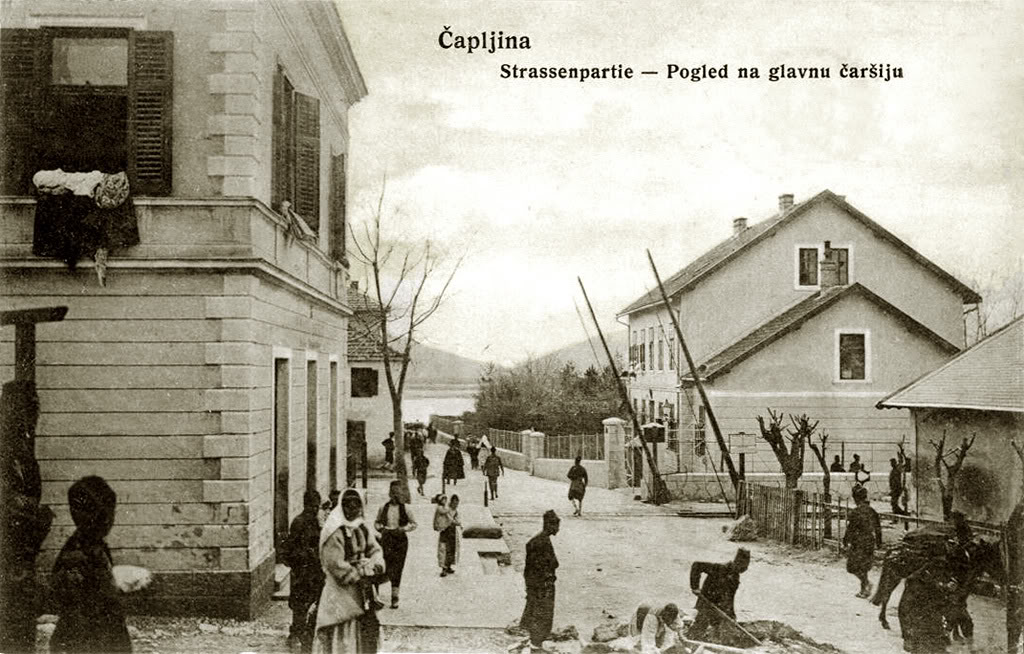 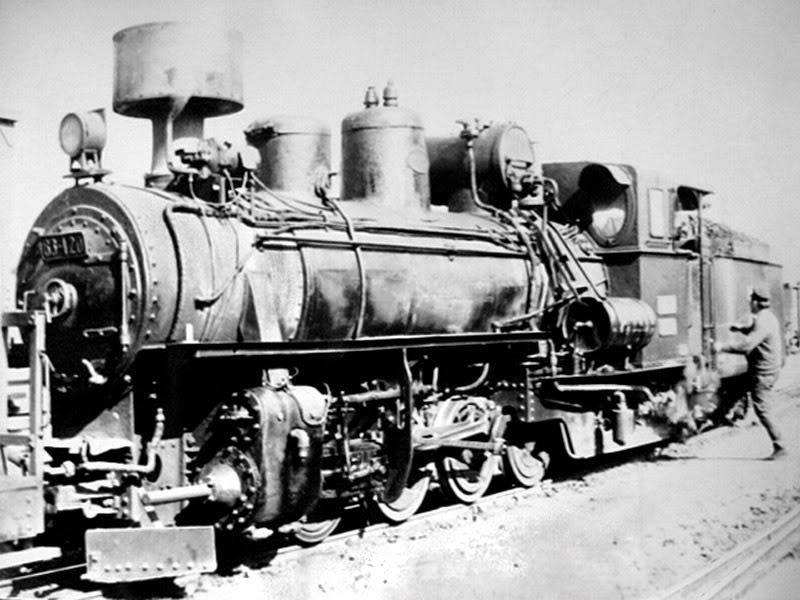 The excursion begins in Mostar with a visit to the Old Bridge, where you can have your morning coffee or even breakfast in the old town. After touring the Old Bridge, we continue through the city streets towards the exit from the city and further towards Blagaj. On the way to Bladaj, you pass through the industrial zone of Mostar and further through the famous Mostar vineyards and fruit plantations, and we definitely recommend that you visit Jaffa Plantations before visiting Blagaj. Arriving in Blagaj, you enter a place that has been known for centuries as an oasis of peace and natural harmony and another proof of the natural beauty of BiH. After visiting Blagaj, we return to Ćira’s bike path, along which we continue our journey towards Čapljina along the beautiful valley of the Neretva River. Somewhere halfway to Žitomislići, you pass the Žitomislići Monastery, which we believe is worth a visit, but you will have to get off the Ćira path for a while and turn left towards the main road M17 to get to the Monastery. Riding on the right side of the river Neretva from Baćević to Čapljina will reveal you all the rural world of cycling, the way of life of the people in Herzegovina and we believe you will enjoy the landscapes that this trail will offer.

After arriving in Čapljina, turn left towards the old historical settlement of oriental-Mediterranean character located in the valley of the river Neretva and one of the most beautiful cultural and historical sites in Bosnia and Herzegovina. Počitelj will discover its beautiful landscapes and landscapes of the Neretva Valley, where photography is inevitable.

After visiting Počitelj, the easier part follows, and that is the descent towards Čapljina, and a tour of this beautiful Herzegovinian town where we end our journey.

The bicycle route from Mostar to Ivanica, which is about ten kilometers away from Dubrovnik, is 134 kilometers, and with a branch in Hum towards Trebinje, a total of 152 kilometers.

The route mainly passes through rural areas, and is adapted for both road and mountain bikes, which means that on some sections of the route there are options which way to go to the destination, or asphalt or macadam. The route is mostly flat and only on the section from Dračevo, ie Svitava in the municipality of Čapljina to Hutovo in the municipality of Neum there is a longer ascent where the route climbs to 414 or 310 meters above sea level, depending on whether the route climbs an asphalt section. across Svitava or on a macadam section across Brštanica.

The cycling route starts on the Spanish Square in Mostar, not far from the old railway station, and passes by the Old Town where the Old Bridge is located, a world-famous stone medieval monument, which connects the left and right banks of the Herzegovinian pearl – the Neretva River.

The road from Mostar to Čapljina continues passing through Bišće polje and the canyon of the river Neretva and along the current modern railway. At the entrance to the canyon there is a beautiful view of the Buna canals and the confluence of the river Buna and the Neretva.

The source of the Buna, only five kilometers away, is one of the largest and certainly the most beautiful in Europe. The water erupts under a 200-meter-long cliff and with its amount independently forms the river Buna. The tekke at the source of the Buna was built in the 16th century for the needs of the dervish order, and is still the most mystical place in Bosnia and Herzegovina. 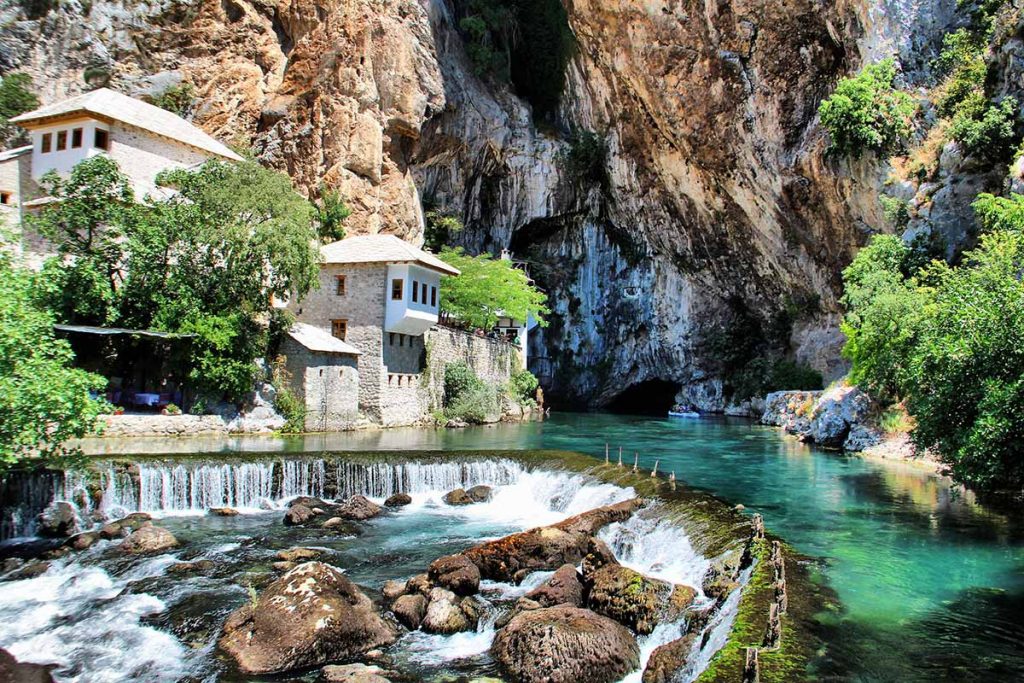 Above Blagaj rises the medieval building Stjepan grad, which was built on a late antique fortress. It was a city palace, surrounded by hard walls with jagged peaks that are still visible today. There is also a legend that says that Duke Stjepan allegedly buried his treasure in it… that is how the town was named after the treasure of Duke Stjepan-Blagaj. At the Buna canals, road cyclists are offered the opportunity to go to Čapljina by an alternative route, ie the main road.

A few kilometers away from the Buna canals, not far from the bicycle route, is the monastery Žitomislić, one of the most important Orthodox monasteries in Herzegovina from the 16th century. The route further leads to Šurmanac in the Čapljina municipality, where there is a branch to Medjugorje, the Marian and world prayer center, which is often compared to Lourdes and Fatima. On the other side of the river Neretva, the route passes opposite the medieval fortress and the old town of Počitelj. It is a special building type in the Herzegovinian karst. A picturesque pile of houses in a deep and steep trough, and all around rise with ramparts and towers.

From Počitelj, the route continues through a rugged gorge near Dretelj, after which it enters Čapljina. Near this place are the waterfalls Kravica, the most interesting natural landmark of the region. The water of the river Trebižat wakes up in that place and falls from a height of 30 meters, creating a natural amphitheater 150 meters wide.

In Čapljina there is a branch for the town of Stolac, in whose area is the historic town of Daorson. Daorson (Greek: ΔΑΟΡΣΩΝ) was the capital of the Hellenized Illyrian tribe of Daors who lived from 300 to 50 BC in the Neretva River valley. Three kilometers west of Stolac, in Vidovo polje, is the necropolis of the stećak tombstones of Radimlje. According to the number of specimens, diversity and representation of all basic forms, relatively high artistic quality of workmanship, the necropolis of Radimlje is one of the most valuable monuments of the medieval period in BiH.

By the way, in the center of Čapljina, on the current town square, there was a station building that was demolished in 1998. Only four plane trees remain, which preserve the memory of the narrow-gauge railway. The last Ćiro roared through Čapljina on November 6, 1966. years.

Although the trail mostly leads us through populated areas and you drive on an asphalt section, on the section from Baćević to Žitomislić (right side of the Neretva) you drive a short macadam part which is very well trodden and is not a problem to drive. As you drive the entire section through uninhabited areas, we recommend that you do not burden yourself with large amounts of extra water. We always think that it is necessary to bring a mini tool and a tool for patching inner tires on longer rides, so the rule also applies to this section. We definitely recommend that you tell your family or friends about your cycling plans before you go for a ride.
Helmet required!