Prenj is the nicest, the most attractive mountain in Bosnia. Located in the heart Dinars mountains in the northern part of the Herzegovina. Prenj lying in the harbor from the northwest of the Neretva river near Konjic, Glavaticevo, to Bijelo Polje near Mostar, with the southeast side is bounded by mountain ranges Velez (1969m),Crvnja (1921m) and Visocica (1964m).

It is surrounded by natural and artificial lakes: Boracko lake, Jablanicko lake, Grabovica lake, Salakovac, and the river Neretva,  Ljuta,  Neretvica, Bijela and Drezanka. At the foot of the mountain are three cities: Konjic, Jablanica and Mostar. Prenj Mountain is one of the highest mountains in Bosnia and Herzegovina. Its highest peak is 2155m – called Green Head. The Peaks of mountain Prenj are interesting and attractive for hikers who enjoy in the nature charms.

BIKE PARK PRENJ consists of 360km of forest and gravel roads which have been mapped and marked on the Prenj mountain, and which are primarily intended for mountain biking but also for other recreational purposes.

At four main “entrance” points, info panels have been placed showing the map of the entire area as well as other useful information. Info points are placed at the following locations:

Smaller maps have also been prepared and they can be obtained at the info centers of touristic board, biking clubs and tourist facilities in the area.

Use only marked trails with the help of the small maps or GPS units.

Use the trails at your own risk and act responsibly in order not to endanger your own safety and the safety of others. 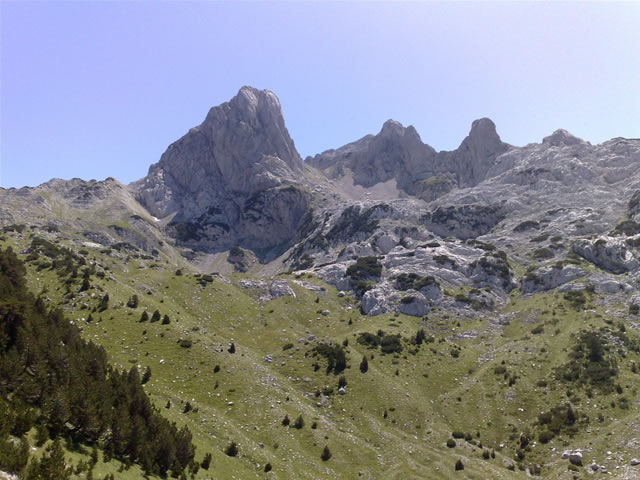